The Prologue to and Book Four of The Righteous and the Wicked quite literally took me approximately 40 years to write.

For one thing, when I started the series back in the early 1980s, I didn’t realize then that I needed to have more life experiences—not only with writing, but also socially, psychologically, and emotionally. For another, I didn’t really have a clue where I was planning to go with the books.

I originally began writing with a female lead character, but after a few years, decided to change her to a male since I felt that would be easier for me to understand him and write from his perspective.

For many years after that, I became bogged down with research, primarily on my own life since I would draw on various incidents as inspiration for the scenes in the novel, but also historical events since books one, two, three (and, to some extent, four) would borrow from various time periods; structure, i.e. chapter and scene titles, Earth and Spirit World locations, as well as timelines; and characters.

Much as I hate to admit it, procrastination also had a lot to do with the length of time it took me to finally get at least one novel in the series done.

Eventually, however, I managed to get an embryonic version completed, followed by several transitional adaptations, and then what I deem the definitive one: 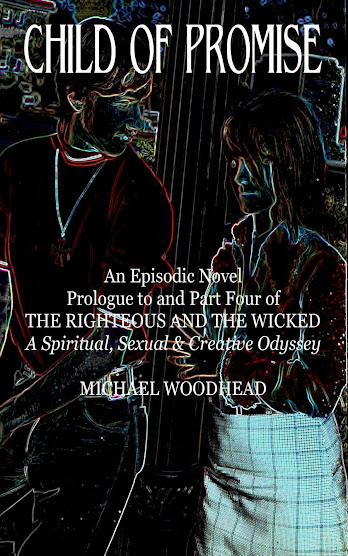 The following books are currently available via Amazon and Kindle http://michaelwoodhead.ca The Devil's Playground An Episodi... 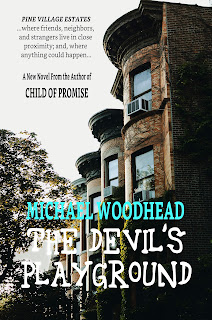 Michael Woodhead
I was born Michael Woodhead on Monday, 7 April 1947, at 2:40 p.m. in the township of Rawtenstall, Lancashire, England. Shortly after my family moved to Canada in 1953, my father joined the Royal Canadian Air Force, and we were subsequently posted to Canadian air force bases in Nova Scotia, France, and Quebec. In 1966, we moved to Calgary, and I have been there ever since, although through the years, I managed to visit Germany, Greece, Yugoslavia, Spain, Switzerland, the Netherlands, and the United States. In 2006, I self-published my fantasy novel, Wizard of Arabah, under my pseudonym, Tristan Parrish. Over the years, I've also developed my other talents as a singer, lyricist, composer, arranger, musician, photographer, artist, actor, producer, director, instructor, and publisher. When not writing, I work part time as an offset printer. As interesting and challenging as my other abilities are, my first loves have always been writing and composing.